Bowen Island Properties has been involved in building communities, creating new neighbourhoods, and constructing homes on Bowen Island since 1988. Its passion and vision, shared with equally passionate community groups and individuals, have helped to create the cherished communities of Cates Hill, major parts of Cowan Point, and the emerging community of Seymour Landing. All of which have helped to shape much of the island as it is today, and will continue to shape it.

Not only has Bowen Island Properties built a solid reputation as a developer and home builder, they have also helped to create and been part of some of Bowen’s most prominent gathering places (Village Square, Cates Hill Chapel, Rivendell Retreat, Artisan Square, Bowen Island public golf course) and educational facilities (Island Pacific School, The Children’s Centre, and Tir-na-nOg Theatre School).

Like the entrepreneurial pioneers of the past, Wolfgang Duntz and Daron Jennings (managing partners of Bowen Island Properties) share in the belief that Bowen Island is a “jewel yet to be discovered” — a unique place with all the natural beauty, safety, and tranquility that only an island can provide, and yet remain conveniently connected to one of the world’s most desirable cities.

Bowen Island Properties will remain true to its passion of being part of building an island community that rests solidly on the lasting principles of sustainability that are applied with joy, wisdom, and integrity.

Our purpose is to create neighbourhoods where people love to live. 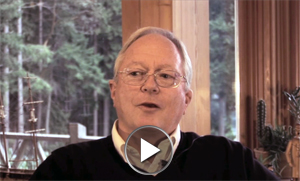 Here’s a video in which Wolfgang shares thoughts about Bowen Island (it’s about 100 MB in size, so it may take a little while to download).

During my first visit to Bowen Island in the 1970’s, I not only fell in love with the island, but I was struck by the strong sense of its uniqueness compared with other islands in the Salish Sea. Later on when I learned more about the island’s history, I realized that the early pioneers who came to the island to clear and develop lands for homes, homesteads, and first business enterprises must have had a similar sense — a vision and awareness that the future of Bowen Island would be inextricably linked to the future of its close neighbour, the emerging metropolis of Vancouver. That sense mirrored what I had learned during almost two decades of traveling in Europe for business and pleasure. (Wolfgang Duntz)

“The long-term vision of creating a community that flourishes on a foundation of artistic and cultural enterprises, supported by a varied and sophisticated range of hospitality, education/life-long learning, and maintenance of health, is beginning to take shape.” — Wolfgang Duntz

When Wolfgang first set foot on Bowen Island in 1976, he wrote to his wife in Germany that he’d found the place where they could spend the rest of their lives. The Duntz family settled in Canada in 1978 and in the decades since they have become mainstays of the Bowen Island community and passionate advocates for its future.

“At the time,” says Duntz, “my professional colleagues in West Van were shocked that I would choose to live on Bowen Island. But I had been raised in Europe and had travelled a lot. Everywhere I’d gone I’d seen that islands close to great metropolitan areas were the most cherished, the most valuable and the most desirable places to live.

“As Vancouver has grown up, people have come to appreciate Bowen Island for the jewel that it really is.”

Islands close to great metropolitan areas are some of the most cherished, the most valuable, and the most desirable places to live, to rest, and to retire. (Wolfgang Duntz)